Over the long weekend in NSW we have been putting the finishing touches on the Mohammad Ali Maleki’s new chapbook Truth in the Cage. Being hand made the final step is trimming each book.

Mohammad Ali Maleki’ is an Iranian poet and avid gardener who has been living in detention on Manus Island for four years. His poetry, written in Farsi, is translated into English by fellow detainee Mansour Shoushtari. Mohammad uses his mobile phone to send his poems to friends in Australia who help to edit, share and publish them. Mohammad’s poem ‘The Strong Sunflower’ was the impetus for, and first work published on, Verity La’s Discoursing Diaspora project. Since then, his writing has been published by online literary journal Bluepepper and by the Blue Mountains Refugee Support Group. He has been a featured poet on Rochford Street Review and his poems and letters have been included in the Dear Prime Minister Project and at the Denmark Festival of Voice. His poem ‘Tears of Stone’ was shortlisted for the Red Room Company’s 2016 New Shoots Poetry Prize and received Special Commendation for extraordinary work in extreme circumstances. His poem ‘Silence Land’ was performed at the 2017 Queensland Poetry Festival as part of the Writing Through Fences performance, Through the Moon. Despite living in extreme conditions, Mohammad continues to create poetry, saying ‘You can find my whole life in my poems, like a letter to God’.

Cactus, the first chap book by Stevi-Lee Alver, will be launched by Dr Moya Costello at the Bangalow Heritage Museum & Tea Rooms, Bangalow NSW, on 30th April 2016 at 3pm.

If you can’t make the launch you can order copies here  https://rochfordstreetpress.wordpress.com/rochford-street-press-titles/ 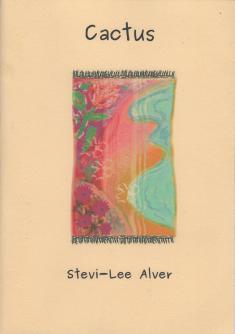 Rochford Street Press is proud to announce the publication of Cactus by emerging writer Stevi-Lee Alver. Based in the Northern Rivers region of NSW, Stevi-Lee has had her fiction, poetry, and reviews published across Australia and the United States. In 2014, while studying at the University of Massachusetts, she received the Class of 1940 Creative Writing Award for poetry. She was one of the winners of the 2014 Questions Writing Prize for her short-story ‘Phoenix’. She received the 2015 Southern Cross University award for Excellence in The Arts and has published a number of reviews and articles in Rochford Street Review. Stevi-Lee currently works at the North Coast Cancer Institute and studies at Southern Cross University. Cactus is her first book.

Cactus is a sensate invocation for entanglement in our biosphere-in-delicate-balance. Via her own fine judgement, emerging writer Stevi-Lee Alver potentiates the prose poem, making a ‘surfie chick’ narrative into a deeply affecting bel canto.
– Moya Costello

Or you can order directly from the author by contacting Stevi-Lee on  stevileealver@icloud.com

Rochford Street Press was founded by Mark Roberts to publish P76 Magazine. The press was named after the street in Erskineville NSW where Mark was living at the time with a gestetner machine. Over the years RSP has remained a small and fiercely  independent press publishing a series of chapbooks, poetry books, anthologies and journals. In December 2011 Rochford Street Press launched Rochford Street Review, arguably the most important contemporary independent literary and cultural journal in Australia. Forthcoming chapbooks from RSP include works by Sarah St Vincent Welch (Open) and Mark Roberts (Six Months). 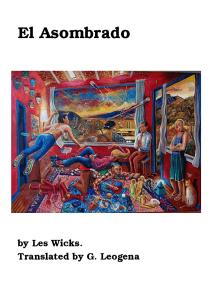 The title loosely translates to “He Who Watches and is Amazed”- it is a selection of work from over the past 15 years presented in both Spanish & English. The translator, Colombian G. Leogena is a master of the art.

PDF copies can also be obtained for just $1 from http://elasombrado.com/rochford-street-press/purchase-el-asombrado/ or by clicking here

Once purchased the PDF will be emailed to you within 24 hours – please ensure you enter the correct email address for delivery.

P76 Issue 7 – Cornelis Vleeskens Special Issue  has been reviewed in Cordite by Caren Florance. Her conclusion:

The works collected in this special issue have obviously been collated with care and purpose; it is not a glossy Festschrift by any measure (and by design), but I come away from the issue feeling that it works, that it is true what I imagine is Vleeskens’s ethos, and that it is a good and affectionate starting point for a broader survey of his work.

You can read her complete review at http://cordite.org.au/reviews/florence-spence/

And you can order your own copy now!

You can find out more about P76 here: http://rochfordstreetpress.wordpress.com/p76-literary-magazine/

Rochford Street Press is proud to announce the release of a new chapbook by young Victorian poet Robbie Coburn. Before Bone and Viscera is is Coburn’s second chapbook and features a cover illustration by Kit Kelen

Robbie Coburn was born in June 1994 in Melbourne and lives in the rural district of Woodstock, Victoria. His first book-length collection of poetry Rain Season (Picaro Press) was published in 2013 and he is well into a second book titled the other flesh. Before Bone and Viscera is his eagerly awaited second chapbook. He has also recently finished writing an autobiographical novella, A Day without Me, that he plans to publish in the near future.
His website is: www.robbiecoburn.com.au

“Coburn’s new book disturbs & enriches. There is a grace as it sculpts language & meaning… a flensing poignancy underlines these superb poems. This is not an easy book… its ruthless eviscerated clarity & honesty scar the eye.” – Les Wicks

“Before Bone and Viscera lifts the voice of Australian poetry into new territory. Robbie Coburn tears away all you think you know to reveal these poems; naked in their lyrical and surreal simplicity they unearth the anatomy and geography of poetic imagination. To read these poems is to get your hands into the blood and guts of life itself.” – Nathan Hondros

“An intense, at times disturbing, emotional journey employing a surreal, fetishist use of the human body reminiscent of the painter, Francis Bacon.” S.K. Kelen

P76 Issue 7 is a special issue devoted to Cornelis Vleeskens and has been guest edited by Pete Spence. The issue contains a selection of published and unpublished work by Vleeskens and includes poetry, visual poetry and artwork. Jenni Mitchell  and Scott Bugbird write of their memories of Vleeskens while Mark Roberts revisits some of his major collections of poetry.

“My own thanks as reader to Mark Roberts of Rochford Street Review, the eloquent and hardworking poet and visual poetry curator Pete Spence and to a crackling, living body of poetry of someone I only met this year in print, Cornelis Vleeskens. Gracias!” – Ariel Riveros Pavez.

Order your copy from http://rochfordstreetpress.wordpress.com/rochford-street-press-titles/

P76 Issue 7 is almost ready but you can order your copy now!

P76 Issue 7 is a special issue devoted to Cornelis Vleeskens and has been guest edited by Pete Spence. The issue contains a selection of published and unpublished work by Vleeskens and includes poetry, visual poetry and artwork. Jenni Mitchell  and Scott Bugbird write of their memories of Vleeskens while Mark Roberts revisits some of his major collections of poetry.

Issue 7 is available for $15 within Australia or $25 outside Australia (postage included) and can be ordered from http://rochfordstreetpress.wordpress.com/rochford-street-press-titles/

While you are there have a look at the other Rochford Street Press titles available. Every book or magazine you buy helps with the production cost of Issue 7.

Rochford Street Press recently published what we hope is the first chapbook in a series of exciting and stimulating chatbooks – Pete Spence’s Kynetonbury Tales or Dog Days – and like a good little publisher we sent it off to the NSW legal deposit libraries. Over the following month or so I told a few people at Sydney Uni (where I am currently studying) that a copy of the book should be in the Sydney Uni library. Imagine my surprise when I got the following letter:

So does this mean that Fisher library does not consider small press chatbooks worthy of collection or that no one studying at the University of Sydney is likely to want to access a small press publication by a poet such as Pete Spence?

I am actually studying in the English Department and I can assure the library that there are a number of staff and students in that department who require their library to maintain a strong collection of small press Australian literary publications!

Anyway – if you need to access a copy of this fine book all I can suggest is that you buy a copy directly from the publisher http://rochfordstreetpress.wordpress.com/rochford-street-press-titles/!

Rochford Street Press is proud to announce the publication of Pete Spence’s Kynetonbury Tales or Dog Days. This chapbook is the first in a new series to be published over coming months. The next chapbooks in the series will feature works by Sarah St Vincent Welch and Mark Roberts.

About Kynetonbury Tales or Dog Days

Chaucer’s main mistake was that he didn’t make any of his central characters a dog. Pete Spence doesn’t fall into the same trap in his small epic poem Kynetonbury Tales. Full of characters that you will recognise and poetry that will delight and surprise. This is an eagerly awaited publication.

“Spence is a poet of fraternity –which includes conviviality & melancholy… No wonder his recent poem in progress is called The Kynetonbury Tales, and a delight it’s been to read via e-mail”. – Kris Hemensley, Rochford Street Review.

Pete Spence was born in  1946 and started writing in his early teens. He was first published in Makar magazine (early 70′s) then  did no writing for ten years whilst attending to numerous adventures (e.g. sapphire mining in Queensland and New South Wales).

In 1984 he began Post Neo Publications and produced a handful of great books by Australians and an American (Hannah Weiner). His own work developed in three main areas during this period: Visual Poetry, Mail Art & traditional writing. The writing split into three different styles one inspired by the New York School, one by the L=A=N=G=U=A=G=E School, and an odd group of things that didn’t fit into any school. His first published book was FIVE Poems (Nosukomo 1986).

Through 1989 to 1996 he also made a number of films, some screened internationally at Oberhausen (Germany) Viper (Switzerland in a programme with Stan Brahkage) and festivals in Australia, with 2011 screenings in UK and Melbourne. His recent adventures include learning to paint (very Rothko!) and making small three-dimensional works with wood à la Louise Nevelson and Ben Nicholson. He lives in Kyneton, Victoria with his partner of many years Norma Pearse (whose provided the illustration on the cover of Kynetonbury Tales) and their son Perren.

Kynetonbury Tales or Dog Days is available for $7.50 (within Australia) at the Rochford Street Press bookshop – http://rochfordstreetpress.wordpress.com/rochford-street-press-titles/